Emily has been studying Ancient Rome for the past few months. As we wrap up the study and begin to move into the Middle Ages, we’re doing a bit of reviewing.  This week, we’ve played “Roaming Through Ancient Rome” several times. I’ve been pleased to see that she actually does seem to have retained quite a bit. (Sometimes I do wonder!) 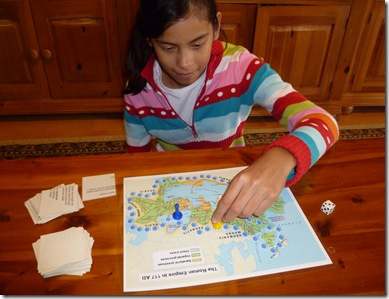 This is one of the games I designed that’s for sale at Currclick. It is quick to print out the game boards and cards, laminate them if you desire, and jump right into playing. We’ve found that games are a fun way to review what we’re studying, either to wrap up a unit or to come back and play months later as a delayed review.

Roaming through Ancient Rome ($2.62) and all of my other Super Star Speech books and Super Star Games are now on sale for 25% off at Currclick’s  annual “Stocking Up Your Shelves” sale, which runs  until December 16. 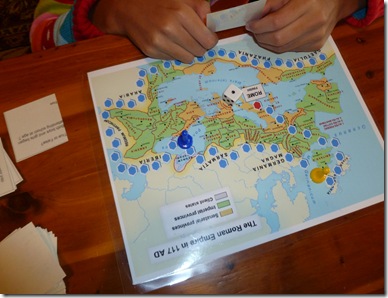