And then there were two….

For the twenty-one years we have lived in our home, one of our Christmas morning traditions has been to take a picture of the children on the stairs before they came downstairs to look in their stockings. Since we adopted Emily in 2000, we’ve had four “children”  in the picture. 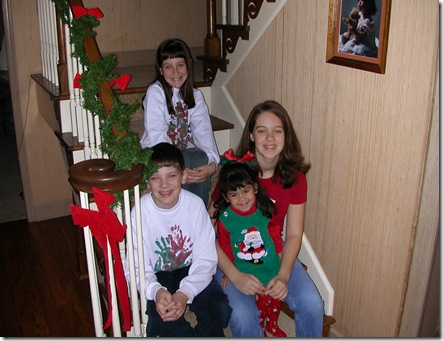 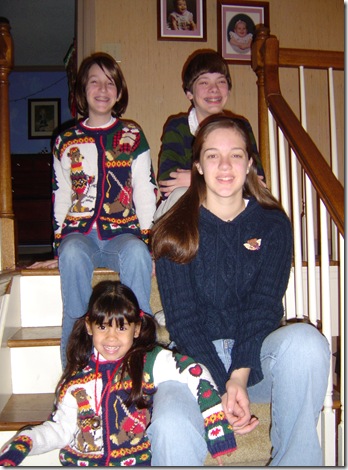 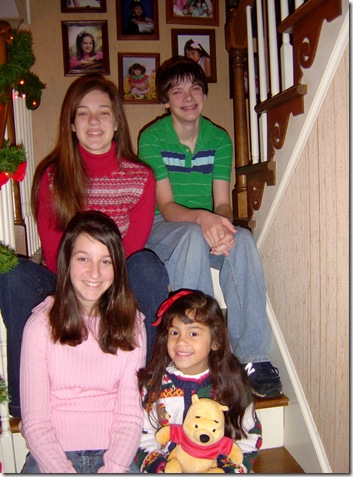 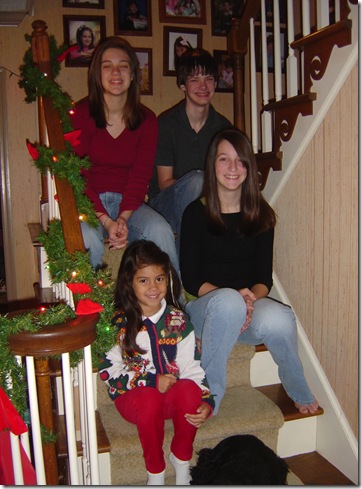 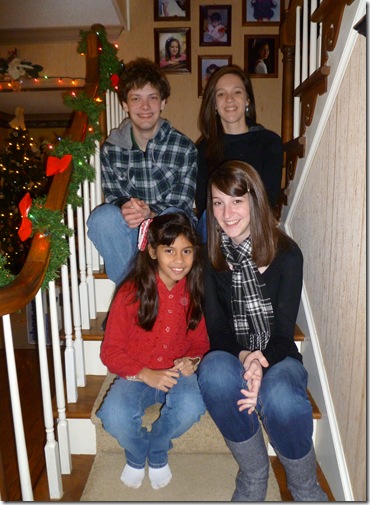 This year, only Katie and Emily were here for pictures, although John Michael did come over a little later. We had a pre-Christmas celebration with Allison on the 22nd, but she had to be back at work in Mobile on Christmas Day. 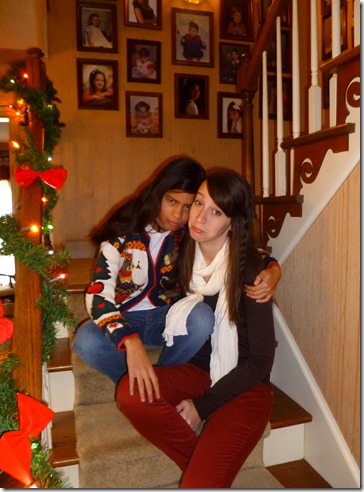 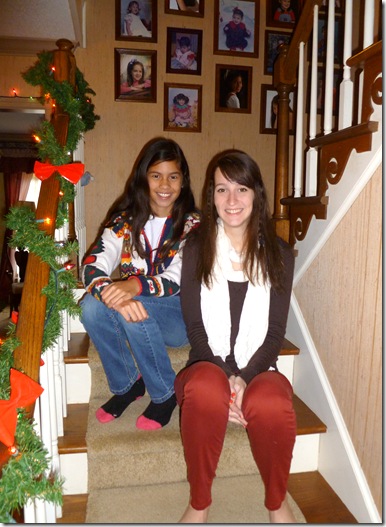