Emily has been working in Apologia General Science this year and has been enjoying the many required experiments.

She enjoyed using the scientific method to figure out why a flashlight didn’t work, then learned that she needed to form a hypothesis and test it before she could be sure that her hypothesis was true. (I did several things to “break” the flashlight, such as reversing a battery and putting tape over the metal connection to the bulb.) 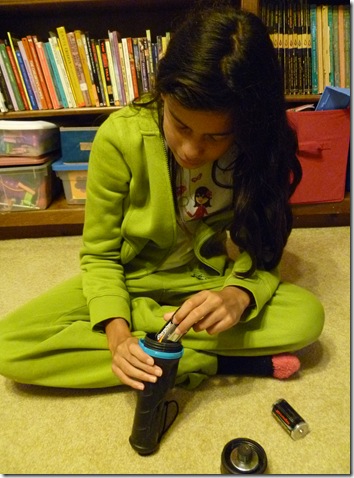 She  experimented with density by pouring corn syrup, water, and oil in a glass. She discovered that the three substances separated into layers with corn syrup on the bottom, water in the middle, and oil on the top. Then she dropped in a cork, a grape, and ice to discover that each floated on top of one of the liquids. 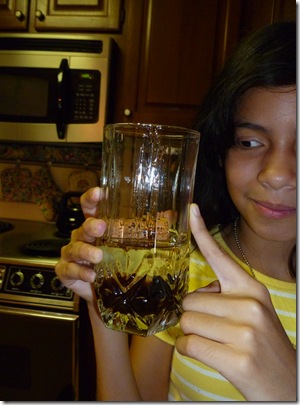 She found out that a boat with a soap “motor” moved while boats with no motor or tissue or gum did not move significantly. 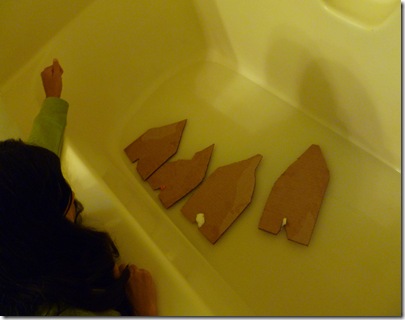 It’s been nice that, for the most part, she’s able to perform the experiments without help. I just show up with the camera and ask a few questions about what she’s learning!