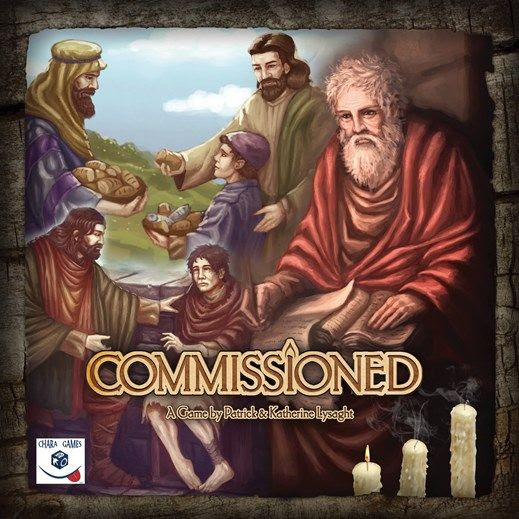 Our family has the pleasure of trying out a new game this month, Commissioned, produced by Chara Games. Right out of the box, it was obvious that Commissioned is a quality game. The game board is beautiful and two-sided, each side featuring maps of the areas visited by the early Apostles. The game includes wooden game pieces, tokens and Apostle cards of heavy cardboard, and good quality game cards. 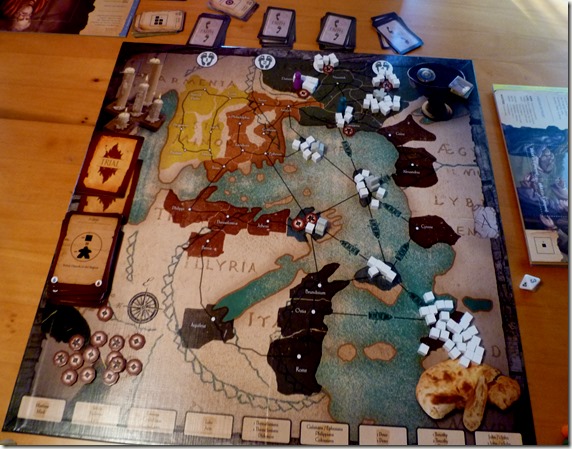 Players of Commissioned aim to “spread the gospel’' across areas of the Middle East as described in the book of Acts. While the game is Christian-themed, no prior knowledge of the Bible is assumed or necessary. Players are likely to learn a bit about the geography and actions of the early church as they play, but the game is primarily a cooperative strategy game rather than an educational one.

I haven’t had a lot of experience with cooperative games, where all the players work together to accomplish a goal and wasn’t sure at first how fun this concept would be, but we actually did enjoy working together. After several game plays, we still haven’t won, though, which is making me even more determined to figure this out and win next time! If you really feel the need for competition between players, there is an “adversary variant,” which we haven’t yet tried. 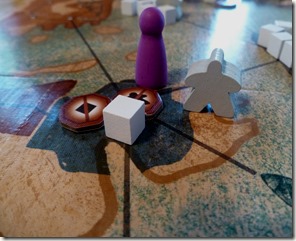 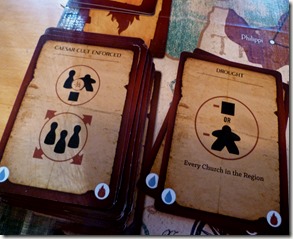 Commissioned is NOT a game with “quick start” instructions or one that you will intuitively figure out. The 10-page rule book clearly explains how to play the game, but it took us a while to actually master the rules. The first time we played, I skimmed through the instructions, then studied the rules as we played through the first few rounds. After the game, I read back through the rules to clarify some of the choices we made as we played. My older children were home for the weekend, so we had a group of 5 to play the first game. My son-in-law did a pretty good job of interpreting the rules or guessing what to do next while my daughter, confused by the rules of game play, grumbled, “Where is the Ban**** game?”  Chara Games has also provided several videos that show how to play the game that will clear up some of the confusion and simplify matters. You can see them right on the product page to get a better idea of how the game is played.

Game play was much easier the second time through, and by the third time, Emily was begging to play! There’s a bit of a learning curve to the game, but it’s worth the effort!

Basic play required each player to take on the persona of one of the early apostles. Each apostle comes with game cards that perform different feats, so even before the game starts, choosing your character is part of the strategy. Using the apostle, missionary, and church member playing pieces, players work cooperatively to plant churches in cities around the map. Trial cards offer setbacks to the team progress and faith cards can offer help in growing new churches and multiplying members.

There are actually five different variations for Commissioned, each with  different requirements to beat the game. After we played the first variation, Acts of the Apostles, a couple of times and felt that we had a grasp on it, we tried Peter’s Gentile Outreach, and found that our strategy needed to change quite a bit to achieve the new goals. I really liked that this game is ever changing with the different game options! 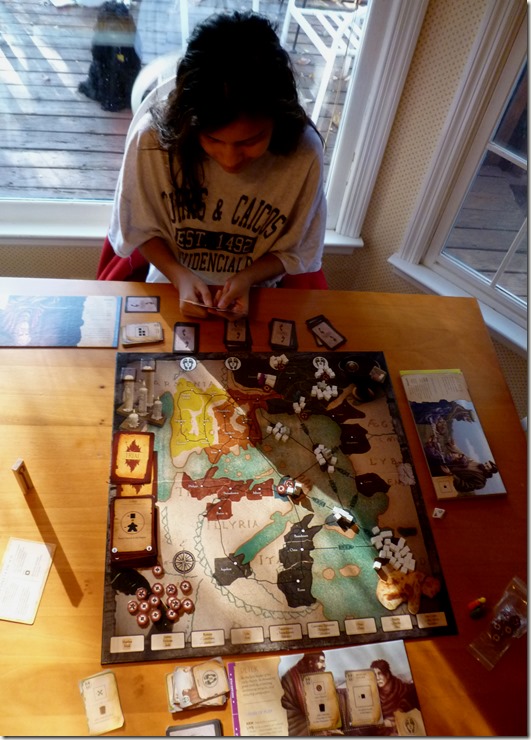 We really enjoy playing Commissioned. The game is unique, and, while a bit difficult to learn at first, has been a lot of fun. I’m looking forward to trying out all five of the game play options!

Chara games also sent me a brand-new, hot off the presses card game called 3 Seeds, which I will be reviewing very soon. It is for ages 12 and up,  and players compete to earn the most points as they “sow seeds” and aim for the highest harvest returns. It looks like fun, too!

Email ThisBlogThis!Share to TwitterShare to FacebookShare to Pinterest
Labels: Reviews