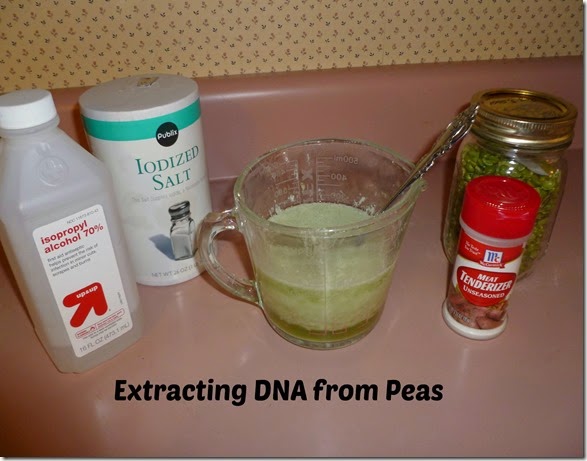 Last week’s biology lesson was about DNA and the role it plays in the manufacture of proteins in cells. First, we did an experiment to extract DNA from dried peas. The students

This was fun to do. It’s pretty amazing knowing that we could cause DNA to clump together in large enough strands to see. The results weren’t as impressive as I’d hoped, though. A few years ago, we extracted DNA from a tomato and the results were more formed and stringier. The students hypothesized about why the DNA clumps didn’t form as well as expected—possibly because the dish soap was under-measured. 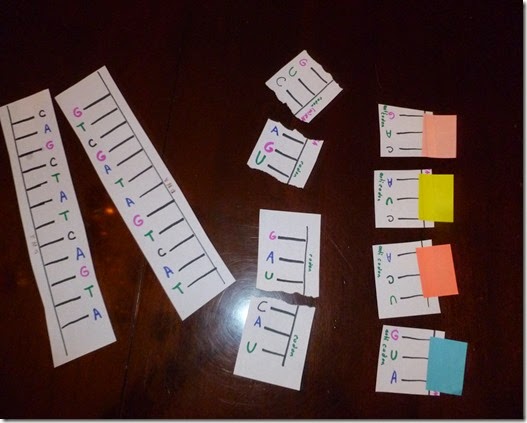 Then we did an activity to help the students learn the very complex process of protein synthesis. The students acted out the process using paper models of DNA, messenger RNA, transfer RNA and amino acids. I think they all ended up with a better understanding of the process in which the DNA in the nucleus conveys the instructions for the RNA in the ribosomes to manufacture different types of proteins.  Hands-on activities can be so helpful in understanding difficult concepts!