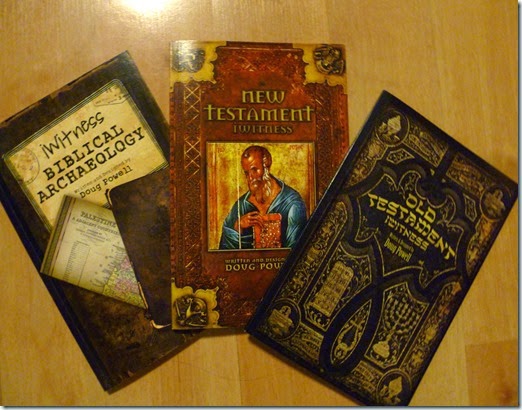 I had the opportunity to review three books to review from Apologia Educational Ministries’ iWitness series.

The iWitness series, written and designed by Doug Phillips,  presents scholarly material in a format that is interesting and understandable for students (and adults) ages 11 and up. The books are printed in primarily sepia tones, which gives them an antique, scholarly look. Each page is heavily illustrated with drawings, paintings, and photos with “notes” superimposed on top that tell about the subject in bite-sized pieces.

Old Testament iWitness tells all about where our Old Testament came from. The reader will learn about the authorship of books, about the Jewish collections of books and our current divisions of these books, and how they came to be included in our present-day Bible. The process the early scribes used in copying these books is described, as is are the discoveries of ancient manuscripts and other archaeological finds that validate the authority of scripture.

New Testament iWitness explains the canonization of books, the preservation of these writings from the time of Jesus up to modern times, and differences or errors in various texts. It discusses some of the other early church writings that were not included in scripture, either because they were written after the apostolic age, or because they contradicted the teachings of the gospels. Some of these books are even assumed to be forged. I found this very interesting. Many of us were under the assumption that the New Testament in its current form was compiled a few hundred years ago, but actually all of our current New Testament books were considered authoritative by the early church within 100 years of Christ’s death and resurrection. 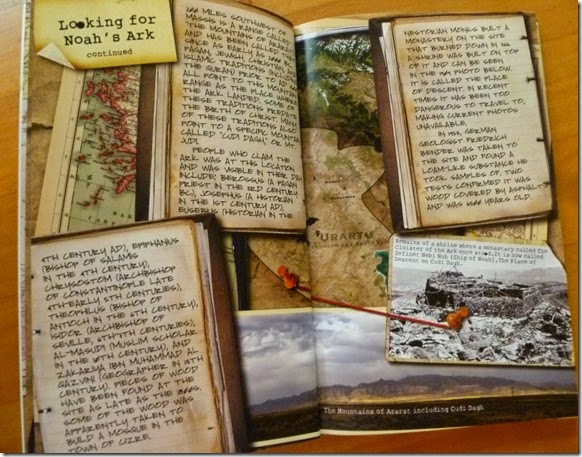 iWitness Biblical Archeology gives fascinating details about the archaeological finds that validate scripture accounts and how the history of other cultures fits in (or doesn’t fit in) with Biblical history. The book is organized by Bible chronology, first discussing Noah’s ark and the various claims about its remnants being found and the various stories from other cultures that are similar to the Biblical flood story.You will read about the Pharaohs of Egypt, Sennacherib, and the Dead Sea Scrolls. Some interesting historical facts are included. I found it very interesting to read about how Hadrian filled in the cave where Jesus was rumored to have been born, planted a grove of trees and dedicated it to Adonis. Later Constantine removed the grove and built a chapel at the site. Similar circumstances happened at the traditional site of Jesus’ tomb. 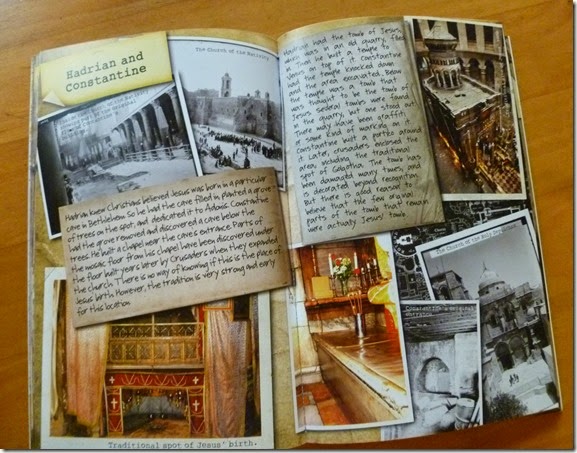 Emily really enjoyed reading these books (and I did, too). There is a lot of content that most adult Christians don’t know, but the many pictures and interesting format, as well as the interesting information would interest many children in middle school or even younger. My only small complaint would be that the notes, which are written in various fonts intended to mimic handwriting were sometimes a little difficult to read. The content was meaty enough that I counted the 3 books as three weeks’ credit for her Bible/Apologetics class.

Emily is already asking for more books in this series, especially the one on heresies and cults that will be coming out in 2015, so that’s a definite recommendation for the series!