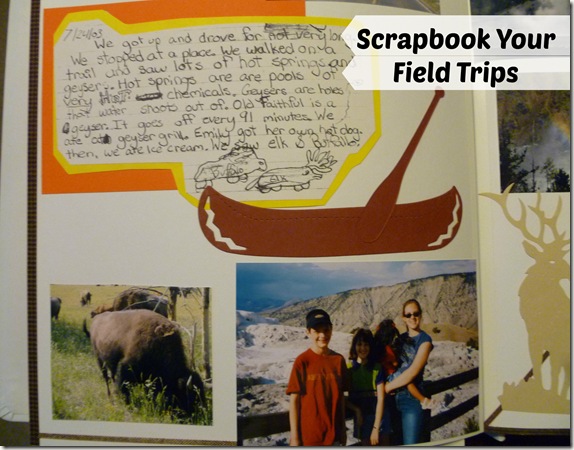 When my grown kids were younger, we took several big cross-country sight-seeing vacations—one from Alabama to New England and the other from Alabama to Montana. As part of their schoolwork, I had them keep journals which we later incorporated into our vacation scrapbooks. These scrapbooks turned out to be wonderful remembrances of our big trips as seen through little eyes. They’ve also been fun for all of us to look at as we have later studied the people and events that we had learned about hands-on on our vacations.

Our trip to the East Coast was taken when the children were 10, 8, and 6 (and before Emily was born.) While my 10 year old’s journal entries offered nice descriptions of the sites we visited, the writings of the younger two offered precious insights into what events and places were most interesting to them.

Katie (6) wrote this about the Liberty Bell: 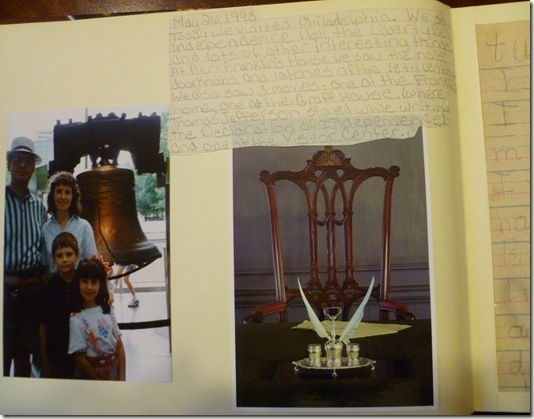 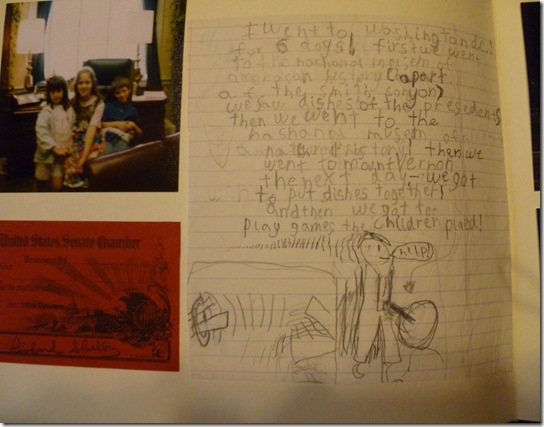 John Michael (8) wrote this about our Massachusetts adventures:

We went to a camp site that wasn’t very fun so we went to a difrrent one. (He drew a picture of a site with no trees and a site with trees.) We stade for 4 days then we went to aunt claras hous and I went to the beach—and I am writing this!

In those 4 days I went to Lexington and Congcord.—We went to a brig. We followed the freedom trail-we saw lotts of things at the end. We saw a musim about (?) and even got to go on Old irsides!

I went to Lowel—that is where a bunch of factorys were! It was were the cloth factories were that use water. The people were girls from the countryside. The girls wanted too much  money—so they hired imegerints! 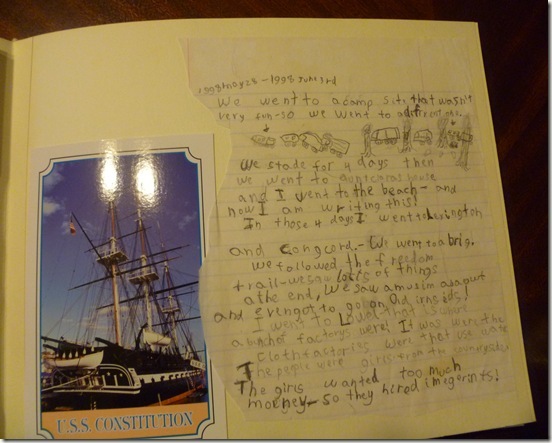 Our trip west was taken when the kids were 15, 13, 11, and 3. Surprisingly, Emily (who was of course too young to write about the trip) remembers quite a bit. The older kids put together the scrapbook themselves when we got home and had fun reliving their adventures. We ended up with far more detail than when I do scrapbooks myself 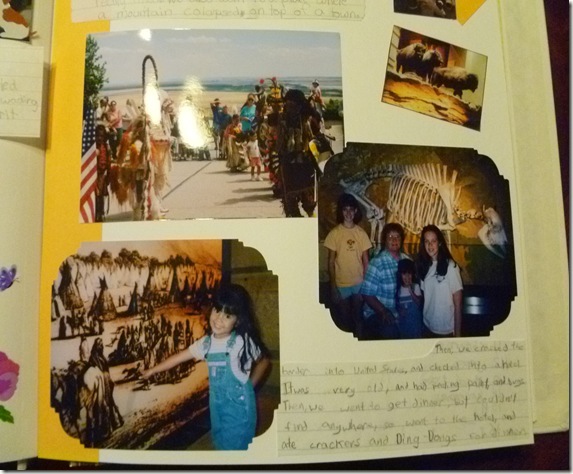 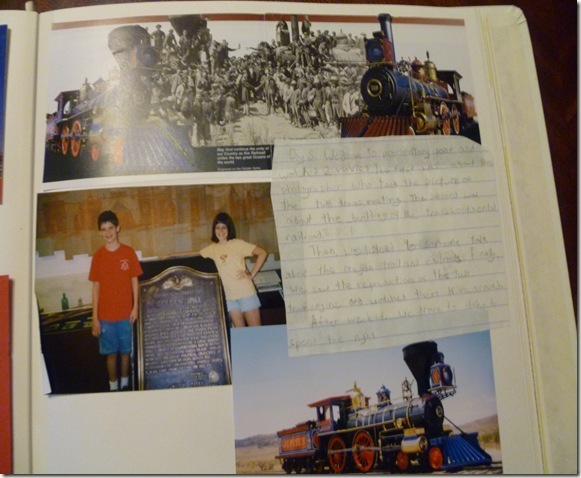 I really wish I had made the effort to do this with more vacations and field trips. Maybe not every one—lest the kids might have felt burdened with schoolwork on their time off, but more often than we did.

After looking through these pictures, I am so ready to plan another big trip!