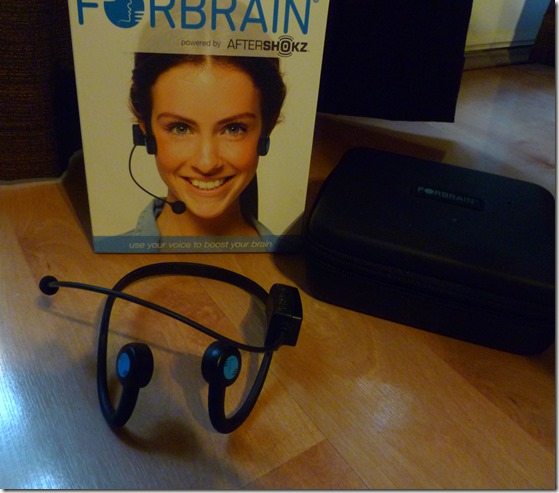 The first is air conduction. Sound waves traveling through the air are funneled into the ear canal, vibrating the eardrum. This vibration is amplified in the middle ear by the ossicles (middle ear bones) and conveyed to the cochlea. Tiny hair cells (cilia) are stimulated in the cochlea, causing the auditory nerve to send a message to the brain.

Forbrain is a headset that does two things. First, the microphone amplifies the voice, sending it to the inner ear through bone conduction. (The “earphones” rest on the facial bones in front of the ears, transferring sound vibration to the bone rather than to the ear canal.) Second, the dynamic filter provides additional amplification for high frequency sounds. (Vowels are lower frequency sounds, while consonants, particularly unvoiced ones like /p/, /t/, /s/, and /sh/, are high frequency sounds.)

What are the uses for Forbrain?

According to their website, there are three primary uses for Forbrain. The first is for improving focus and attention. The dynamic filter and amplification focus attention on the voice, reducing the distraction of environmental noise and “sensory clutter” in the brain.

The second use for Forbrain is for speech improvement. The speech amplification provided by the device makes the listener more aware of his own voice, helping with speech discrimination, and hopefully improved articulation.  It can also be used for improving inflection and expression for public speaking.

The third use is for improving memory. Speaking or reading with Forbrain provides increased stimulus to the auditory pathways to the brain. 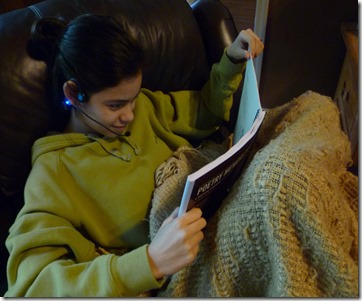 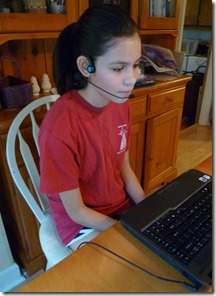 How did we use Forbrain in our home?

The science behind Forbrain

If you visit the Forbrain site, you can find out detailed information about how Forbrain works, its many uses, and its effectiveness. There are not only testimonies from parents and professionals such as speech pathologists, but also some information about scientific studies in progress. Many of the claims sound quite plausible to me. There were a few claims that I had some doubts about.

For example “comprehension of the written word is greatly improved.” For an auditory learner, I can see that this could be very true. Personally, as a visual learner, I found the additional auditory stimulation distracting while reading aloud and thought it hampered my comprehension because I was distracted by my voice! I found Forbrain most helpful for me in tasks such as singing, when I was focusing specifically on my voice rather than meaning.

A possible suggested use for Forbrain is for improving fluency disorders/stuttering. As a speech pathologist, I know that any quick or easy “fix” for stuttering is very unlikely. At best, the device might prove as a distraction resulting in a very temporary improvement in fluency. Although I am skeptical of that particular claim, I’m sure the device would be helpful for articulation and voice disorders and for helping the normal speaker with minor fluency issues.

I’m very glad that scientific studies are being done with the device and will be very interested to read about the final results. (So far, the evidence seems to be promising.)

Learn more about Forbrain through their social media and by reading more Crew reviews!